Buddhists in Tibet and throughout the world have been told they may no longer call themselves Buddhists following a cease and desists letter sent from Big Buddha Seeds.

The UK based cannabis seed-bank, Big Buddha Seeds, had previously caused outrage in the stoner community by trademarking the names of cannabis seed strains they had copied, such as Cheese, despite the fact their seeds are a poor imitation of a strain that was originally developed by the Exodus crew in Luton, England, many years ago.

Numerous seed-banks received threatening letters telling them Big Buddha had trademarked “Cheese” along with other well-known strains and informed them legal action would be taken if they continued to use the name “Cheese”.

However, they have now gone one step further and announced they have trademarked “The Buddha” and informed monasteries and buddhist retreats throughout the world they face legal action if they continue to refer to themselves as buddhists. 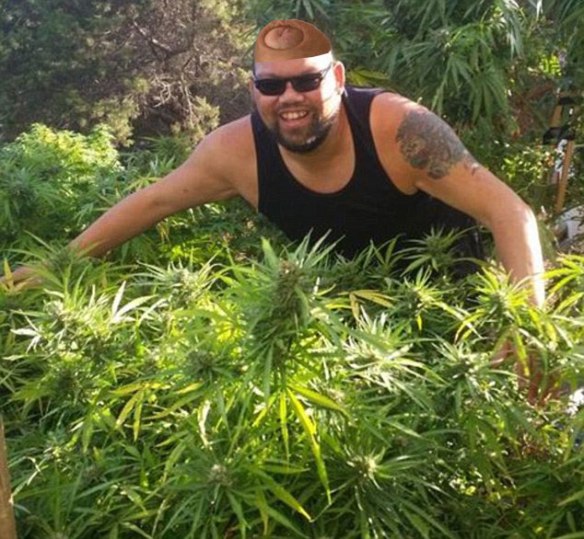 “I’m the biggest fat cunt and smelly knob cheese in the cannabis industry, therefore I have a duty and obligation to protect my intellectual property.

“Eric Pickles will face the full force of the law should he continue to promote himself as the biggest fat cunt in Britain. That is my title,” said Mr Yung.

Some legal trade mark experts have said Mr Yung may have difficulty enforcing his trade marks, because if an organisation can prove prior usage then a trade mark can be challenged and since Gautama Buddha on whose teachings Buddhism was founded is believed to have lived around 1,500 years ago, it is uncertain whether BBSCO’s trade marks have any validity.

Despite that, some monasteries and new agers have bowed down to Mr Yung’s threats and have already changed their names. The Sharpham Buddhist Centre, just outside the Devon town of Totnes, has said it will be now be known as the Sharpham Barn Bugger Meditation Centre.

Letter sent from Big Buddha Seeds to his Holiness, the 14th Dalai Lama.