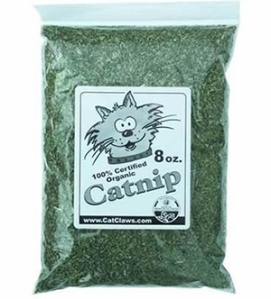 Catnip soon to be made illegal to sell in the UK.

The UK Government have confirmed catnip will be banned under new landmark legislation that will prohibit the production, distribution, sale and supply of legal highs or New Psychoactive Substances (NPS).

Nepeta cataria, commonly known as catnip, catswort, or catmint, is a species of the genus Nepeta in the Lamiaceae family, native to southern and eastern Europe, the Middle East, central Asia, and parts of China.

The Psychoactive Substances Bill will ban anything that has psychoactive effects on the human brain, with only a few exemptions from the act such as dangerous, government approved legal highs like alcohol and tobacco.

A Home Office spokesman confirmed that once the legislation is passed, catnip would have to be removed from pet shops and the pet department aisles of supermarkets throughout the UK or vendors risked prosecution and up to seven years in prison.

Catnip contains a chemical compound called nepetalactone, which some cats go crazy over and has been found to induce a psychosexual response in both male and female cats.

When cats come into contact with catnip they are known to meow and roll in the catnip, rub their cheek in the spot where the catnip is sprinkled, get into silly positions such as on their back with paws extended, gazing up at the ceiling, run around the room like a kitten playing with its invisible friend and settle into a dreamy, sleepy silly pose and not move for a while.

However, according to a Home Office spokesman, since catnip is proven to have a mild psychoactive effect on the human brain, it would therefore be covered by default under the new legislation. 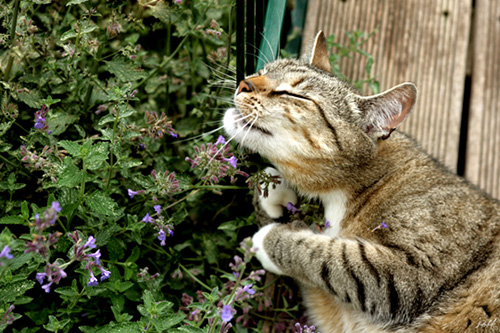 This pussy cat will soon be breaking the law in the UK once the blanket ban on all psychoactive substances becomes law.

Home Office Minister Mike Penning said that “while the blanket ban was meant to protect the corporate interests of the alcohol and tobacco industries”, he was “delighted” the legislation would also tackle the problem of drug use in animals.

“This is the first interspecies drug legislation that has been introduced anywhere in the world and we are delighted that a knock on effect of the Psychoactive Substances Bill will stop kitty cats enjoying themselves using harmless psychoactive herbs.

“The blanket ban will give police and other law enforcement agencies greater powers to tackle head shops, pet shops and supermarkets to seize and destroy any substance other than dangerous legal highs, such as Marlboro cigarettes* or Vodka and Redbull.

“In the last 90 years prohibition has been proven not to work, which is why we want to continue with more prohibition and hand over the legal high trade to the criminal black market, as opposed to focusing on harm reduction by making sure safer psychoactive substances or plants are not legally available in a taxed and regulated market.

British cats will no longer be able to enjoy catnip after the Conservative Government’s blanket ban on psychoactive substances, luckily these 70 cats are in the USA so will not be effected by the New Psychoactive Substances Act 2015.

* ‘other brands of cancer stick are available’

33 thoughts on “Catnip to be banned in legal high crackdown”