Cannabis users throughout the UK and the world have been horrified at the sensationalist  claims in the UK media that the first death attributed to cannabis in the UK has been documented, with the tragic death of Gemma Moss, who died last year.

A pathologist, Dr Kudair Hussein, gave the verdict that cannabis was responsible for her death. The Daily Mail, the BBC, the Daily Telegraph, even the front page of the free London newspaper, The Metro, picked up this story in order to demonise weed.

The problems I have is this is a most unscientific verdict and irresponsible reporting by the British media. For starters it is impossible to die from a cannabis overdose, the science says cannabis cannot kill. The LD50 of THS is 1:20,000 –1:40,000, that means the lethal dose of THC is 20,000 to 40,000 the active dose. In other words you would have to smoke a shedload to overdose; this is simply impossible. 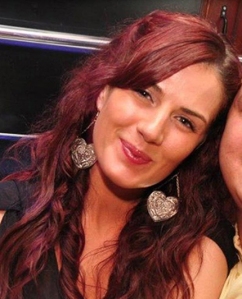 This didn’t stop the media publishing lies that Gemma Moss died from cannabis toxicity; even the pathologist in question did not actually say that, he said she had a heart attack triggered by cannabis because she had cannabis in her system and half a joint was by her bed. While this is not impossible to completely rule out, it is very unlikely that half a doobie would trigger a heart attack and to splatter Gemma Moss’ picture all over the media, claiming she died from a cannabis overdose (impossible) is both wrong and disrespectful to her memory and her friends and family.

As Prof David Nutt, chair of the Independent Scientific Committee on Drugs has already pointed out in his blog about the death of Gemma Moss, it is quite plausible that the additional small stress caused by that cannabis joint triggered a one-in-a-million cardiac event, just as has been more frequently recorded from sport, sex, saunas and even straining on the toilet.

The truth is we simply do not know why Gemma Moss died and the chances that cannabis was the cause of death are extremely low indeed. You are more likely to have a cardiac arrest from a hot bath or drinking coffee. In fact, this would make it officially the safest recreational substance known to mankind, if the story were even true, but this didn’t stop the prohibitionists shamefully using it, with total disregard to the feelings of the family, to use it as prohibitionist propaganda.

It has been said Ms Moss suffered from depression, which Prof Nutt states increases the risk of a sudden cardiac arrest.

I’m pleased to see the NORML UK cannabis campaign take up this story and have called on people to write to the Poole Hospital NHS Foundation Trust to inform them the science says cannabis cannot kill and to ask for reinvestigation into the death of Gemma Moss. They explain you can write to the Ombudsman if you do not receive a satisfactory response, which is your right.

I’m going to do this, not only because the truth should be told, but we owe it to the memory of Gemma Moss who has had her memory slurred by the gutter press and media. May she rest in peace.